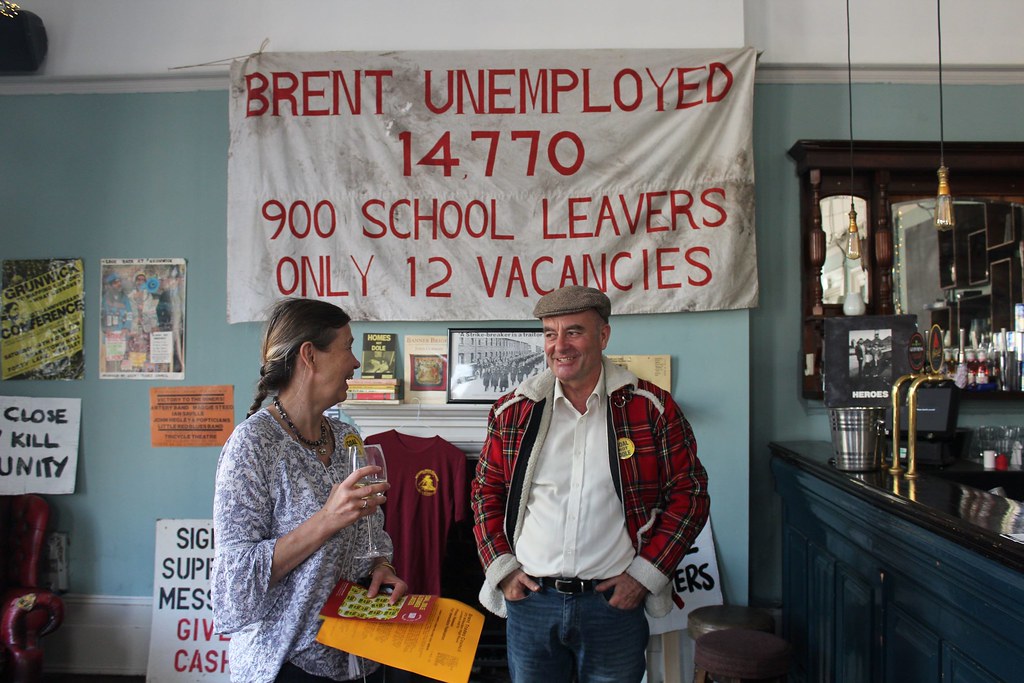 Brent Museum and Archives is the local authority heritage service for the London Borough of Brent.

Brent Archives holds the records of Brent Council and its predecessors. It includes council minutes and building plans, as well as historical maps and street directories, electoral registers, school records, and an extensive collection of photographs and postcards.

Their local history collections include a large reference library collection, and local newspapers dating back to 1870. They also collect the records of local groups, organisations and individuals.

In September and October 2021, Brent Museum and Archives welcomed audiences to ‘Coal, Dole and Dinner Ladies’.

The play told the tale of how Brent residents supported the miners’ strike in the 1980s.

An untold and unknown story brought to life from the Trades Union archive held at Brent Museum and Archives.

The production was funded through a National Lottery Heritage Fund community project, Being Brent.

How Brent residents came to support the strikers’ cause

In March 1984, the National Coal Board announced it was to close 20 mines in the UK.

Miners and their families were terrified of what the job losses would do to their villages and communities. Yorkshire miners called for a national strike, supported by the National Union of Mineworkers. Subsequently miners in Kent, South Wales and Durham joined the strike, but Nottinghamshire miners did not.

In the summer, a group of Kent miners marched to Nottinghamshire to convince the miners there to join the strike. On the way they stopped in Brent. With the Grunwick Strike fresh in many locals’ minds, Brent was quick to rally around the miners. Residents housed the miners in their spare bedrooms. What’s more, they collected money and food for the hungry travellers.

The Kent miners visited Aylestone School (now Queens Park Community School) for a union meeting. The dinner ladies and caretakers at the school greeted them with a hot meal and a standing ovation.

The ‘Coal, Dole and Dinner Ladies’ performances were hosted at The North London Tavern in Kilburn. Trades unions had used the pub as a meeting point. Brent Trades Council kindly loaned historical objects to decorate the set.

After the performance, we invited our audience to join us for tea and pudding, giving people a chance to share their own memories of the miners’ strike and to think about how the story relates to issues today.

In addition, we held a special performance for students at Queens Park Community School. One student wrote an article about the experience:

The sense of cohesion and unity is what made Coal, Dole and Dinner Ladies so heart-warming and unique. It left me happily strolling away with the “Coal not Dole” sticker stuck firmly on the side of my backpack.