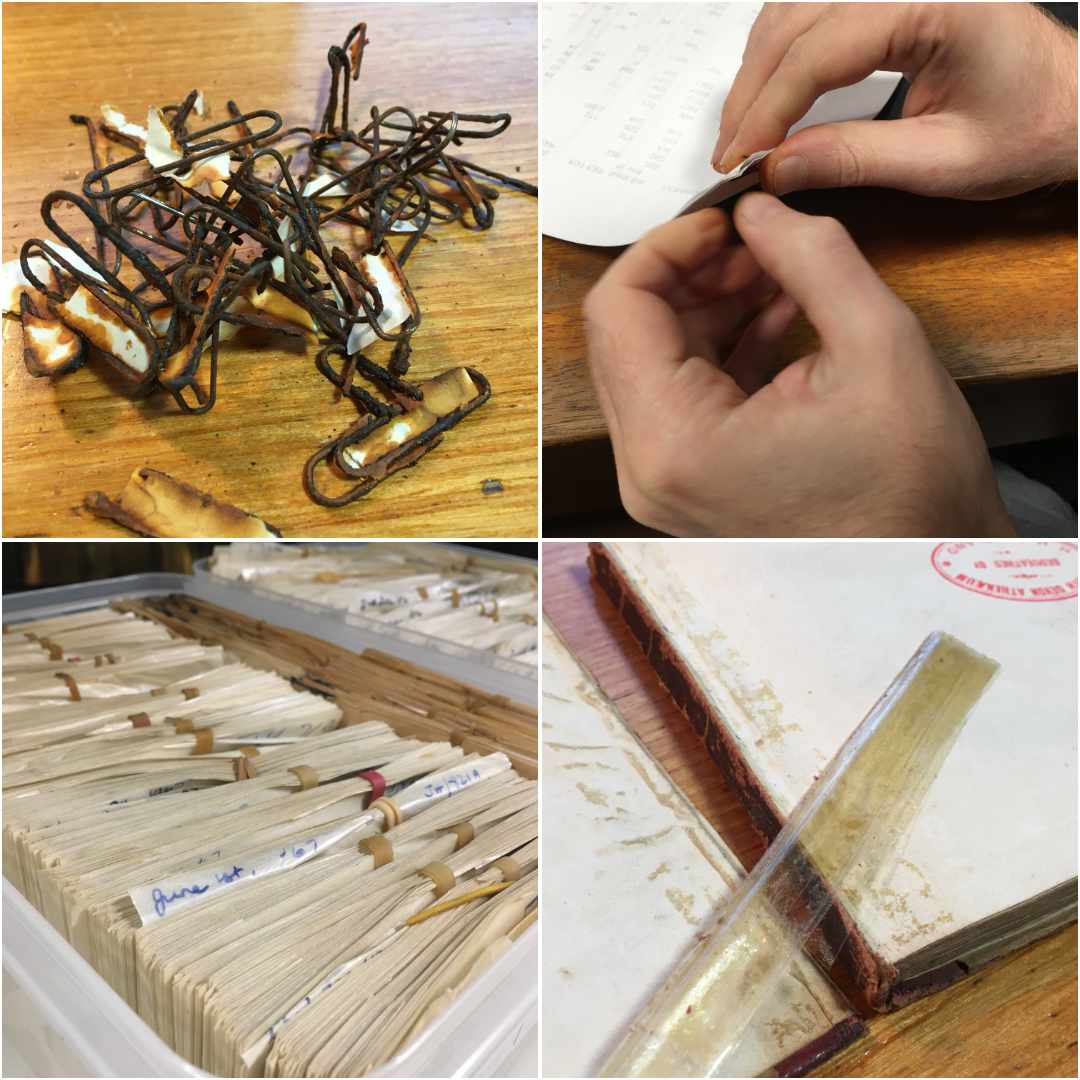 Founded in 1888, the North Devon Athenaeum is up to date with social media

A small library and archive, our current incarnation, the North Devon Athenaeum, was founded in 1888 as a privately endowed trust to be a free library and museum for Barnstaple and North Devon. Our predecessor, the Barnstaple Literary and Scientific Institute was formed in 1845.

As the North Devon Athenaeum we are keen advocates of social media. We’ve been taking part in the social media campaign #Archive30 since 2018. We schedule our Twitter, Facebook and Instagram posts all at once, it’s a wonderful thing!

My friends in the SWHT in Somerset break out their spreadsheet and start asking their colleagues for ideas each year. In contrast I start planning methodically each theme with my trusty diary, social media notebook, iPhone and pencil in hand. It is at this point you can guarantee several things will happen. That fantastic idea you had for a theme they did last year isn’t included this time round (anyone else thought of building a fort of empty archive boxes for #archivebuilding?). That thing that always happens (books magically re-shelving themselves upside down or out of number order) doesn’t happen. That book, document, item you fell over last week which would have been perfect for a theme, you forgot to write the reference down and now can’t find. See our #ArchiveAdvice about writing down the references of anything you come across. This will save not being able to find last minute a rusty paperclip or dried up rubber band. Check out #ConservationNightmare or #SomethingScary to save your life! Serves us right for being too good and finding and removing said horrors from the collections I suppose.

Always on the lookout for interesting social media content

This year, however, I was a little more prepared. Since last year I’ve been on the lookout for scary conservation related occurrences and made sure I took photographic evidence.

The Archivist in the North Devon Record Office was dealing with a new collection which came complete with rusted paperclips. I asked if I could keep a few for educational purposes and they now sit in a bag of shame in my desk.

The Record Office had another collection come in complete with (gulp!) rusted staples. I made sure to take photos of the poor Archives Assistant painstakingly removing them. He would probably have been quite happy to never see another staple ever again!

I was looking for a book for the #SomethingSmall campaign and discovered someone had repaired the binding with Cellotape. Out came the trusty iPhone to document it before the poor book was given a little appropriate archival TLC.

Finally, I went to the one place left in the collections I had discovered which seemed to be breeding rubber bands. I took my trusty iPhone with me again, before putting a plan in place to deal with the things forthwith.

Many of the images were used as part of the Explore Your Archives Week themes, to great effect. However it was after the posts had gone out that I discovered one of my predecessors had used blu-tack to display a collection of watercolours of one of our former trustees, Bruce William Oliver (argh!) Out came the iPhone and a photo taken for a future campaign. I subsequently added it to my little collection of conservations horrors.

It all came together with the hashtag ‘something scary’

So, when this year’s themes for #Archive30 included #SomethingScary I had the perfect content. It was the opportunity to use all those conservation nightmares again and add my latest examples.

The only time I didn’t have my trusty phone with me, however, was when I was arranging for our Portfolio Collection to be sent to the conservation studio in Exeter for repackaging. I realised just how attached a former librarian had been with another scary conservation nightmare…the glue stick!

Thankfully I did remember to take a photo of the empty shelves the collections usually sit on. In the meantime we wait for the return of the, hopefully unstuck, collection for our #ConservationWin theme.

Time for some well-earned #FoodAndDrink in the form of some #ArchiveCake I think!

Make sure to follow the #Archive30 hashtag on social media!