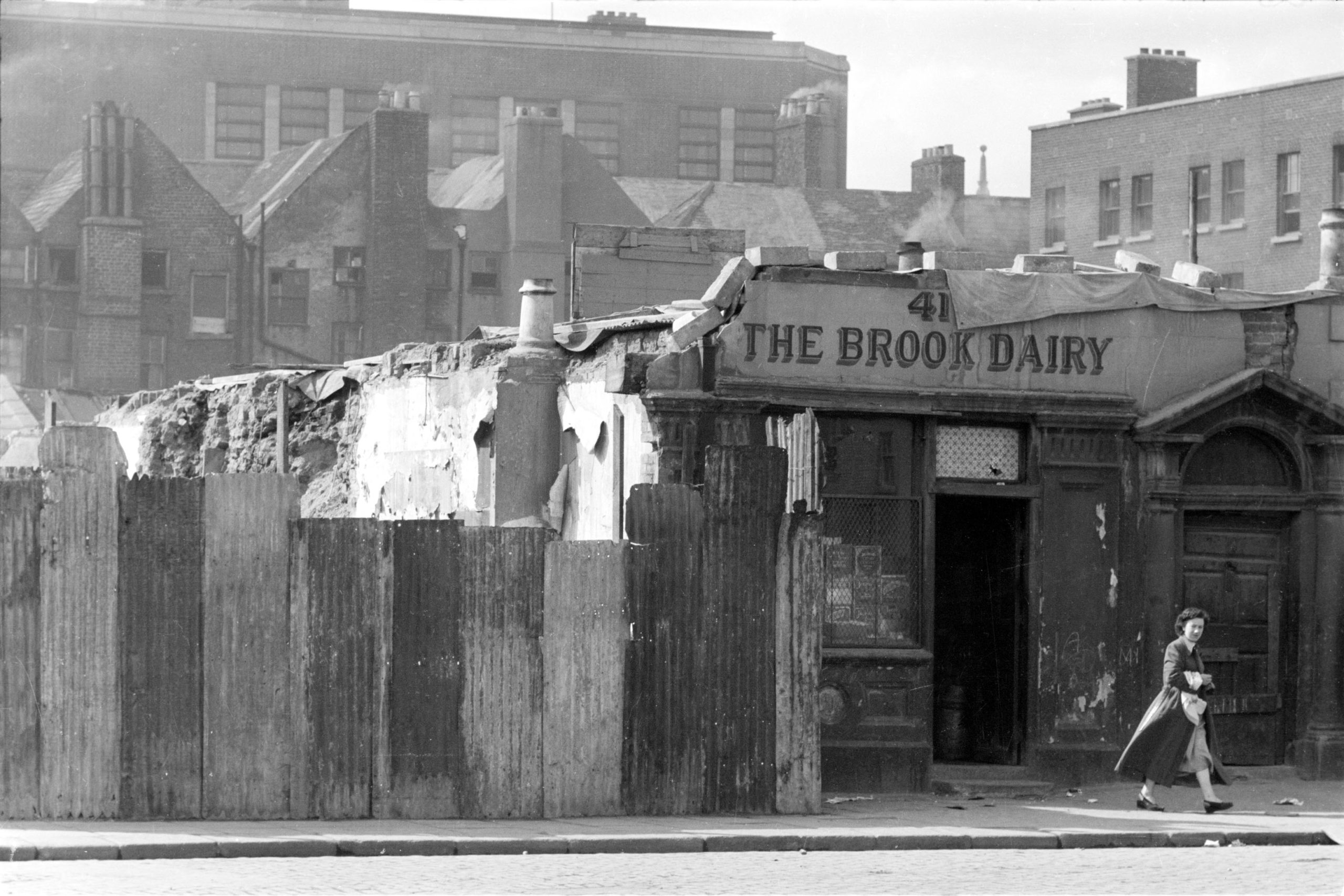 Between the years 1952 and 1953, the English artist Nevill Johnson, supported by a small Arts Council grant and using a second hand Leica camera, shot a series of photographs depicting the people and places of the ‘real’ Dublin of that time. As an outsider looking in, he captured a valuable social record of the city before it changed irrevocably.

Published in 1981 by Academy Press Nevill Johnson’s book ‘Dublin : The People’s City’, a collection of these photographs, won an award at the Leipzig International Book Art Fair.

RTÉ purchased the full collection of over 1,500 negatives from Nevill Johnson in 1979.  Since then RTÉ Archives has digitised the collection on two occasions, firstly in the mid 1990s, and again in the mid 2000s. The images were originally scanned as 18 MB JPEG files using the once cutting edge, but now defunct Photo-CD technology.

RTÉ Archives is currently rescanning the Johnson Collection with the assistance of Grants Advanced PhotoLab and Digital Bureau. This time the resulting scans are 300MB TIFF files. Whereas previous digitisation attempts saw the collection reproduced with a certain gloom and dullness, great care is being taken to select an appropriate tonal range for each frame.

To date approximately one third of the collection has been rescanned and the results show a collection completely enlivened by the digitisation process. This is most apparent in the faces of the Dubliners captured on film over 60 years ago.

The Johnson Collection can be viewed online as JPEG images, and we expect the entire rescanned collection to be fully available by the end of 2019.