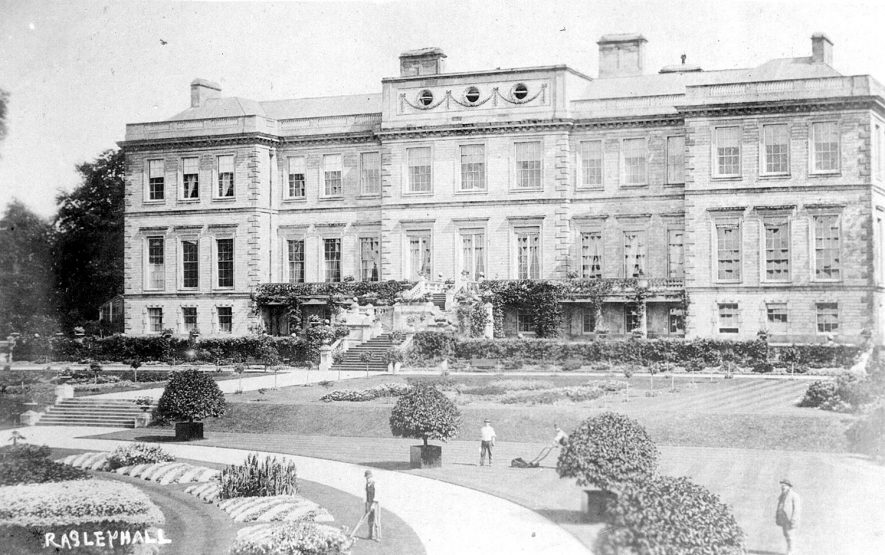 The royal connections between King George IV and the Seymour family

King Henry VIII’s marriage to Jane Seymour has lent a long legacy of royal connections to the Seymour name. George IV’s relationship with the family is perhaps less well known. Across the Seymour family’s history, the heads of the house have taken a number of different titles. However the family acquired the Marquessate of Hertford in 1793. It was in this era that the Seymours became associated with George IV, who was the Prince of Wales at the time.

The first Marquess of Hertford, Lord Francis Seymour-Conway, had risen in status through multiple royal appointments to positions including lord chamberlain and lord lieutenant of Warwickshire.i

While his son Lord Hugh Seymour did not inherit the Marquessate, Lord Hugh developed a friendship with Prince George which likely contributed to his appointment in roles in the Prince of Wales’s household, such as keeper of the privy purse and lord of the bedchamber.

However, the latter of these roles was to be short-lived; with the prospect of a post on the Admiralty board, Lord Hugh also sought to remain in the royal household but was turned out of the position.ii

The case of Minnie Seymour’s guardianship

Having assumed his role as a naval commander, Lord Hugh died at sea in 1801 following an attack of yellow fever, and his wife, Lady Anna Horatia, passed away in the same year, leaving their children without both of their natural parents.iii Despite their deaths, the Prince still exerted influence in the family’s affairs, most notably in the matter of their daughter Mary’s guardianship. After her parents’ passing, Mary Seymour, also known as Minnie, became the subject of a guardianship proposal made by Prince George. iv

A proposal drawn out of complex relationship

It is believed that the proposal was written c. 1802, at which time the trustees of Lord Hugh’s estate would have been taking charge of his affairs. The main argument of the proposal is that only Mrs Fitzherbert caring for Minnie would guarantee her wellbeing. George IV had a complex relationship with Mrs Fitzherbert. He attempted to engage in an unlawful marriage with her in 1785.v

The proposal suggests that the Prince’s involvement was motivated by ‘the parental duty, he so solemnly engaged to her dying mother to fulfil’vi .

However, his connection with Mrs Fitzherbert was likely the reason for his involvement.

Having cared for Minnie since her infancy, Mrs Fitzherbert continued to pursue her wish to adopt Minnie. The document also includes a pledge from the Prince to invest £10,000 for Minnie to inherit upon coming of age. This promise seems to highlight his determination to bring about the proposed guardianship arrangement.

In 1806, an appeal in the House of Lords decided that the Marquess and Marchioness of Hertford, Minnie’s aunt and uncle, were to be appointed her guardians.vii The decision did not, however, prevent Mrs Fitzherbert from playing a maternal role in Minnie’s life. After her death, Minnie was a beneficiary of her will.viii

The Seymours of Ragley Hall

At the time of Prince George’s guardianship proposal, Ragley Hall in Warwickshire was the seat of the Marquess of Hertford.

Architect and scientist Robert Hooke originally designed the house. It was then built between 1680-3. The house subsequently underwent alterations in the eighteenth and nineteenth centuries.ix

The hall remains in the hands of the Seymours to this day. A reminder of George IV’s relationship with the family also endures. The Prince Regent bedroom is named after Ragley Hall’s frequent royal visitor.x

Thank you to Ella, who wrote this blog.