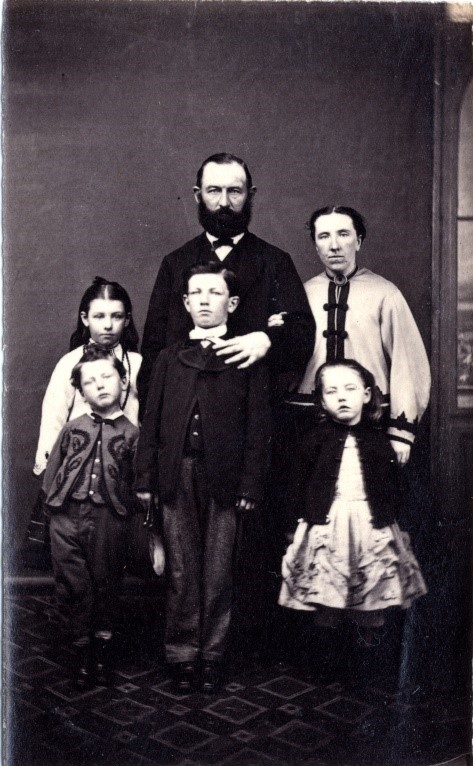 The Meaning of Beards Through Time

What has been the fluctuating reason and meaning of beards through time? As part of Explore Your Archive’s Focus Week, Helen Palmer has researched through the archives at Ceredigion for #EYABeards to see how beards were a prominent feature in society, from the medieval period, up to present day.

For centuries the beard has sent out messages about the status, profession and political affiliation of its owner. Men from kings to beggars have sported beards. What does it all mean? Does “The beard maketh the man?”.  For the historical perspective we should turn to the archival record.

Amongst our oldest archives, medieval English and Welsh narratives award high status to the beard. It was seen as a symbol of manliness and self-identity. In Sir Gawain and the Green Knight the Green Knight insults the men of Arthur’s Court as “berdlez chylder” (beardless children).

A beard, like a lion’s mane, was a sign of mature masculinity. Medieval Welsh poetry frequently threatened “shame on my beard” if a brave act was not performed in timely fashion, and a legal triad exists in which one of the three reasons a man might beat his wife was if she wished shame on his beard. To say ‘Meuyl ar dy farf’ (shame on your beard) was to cast aspersions onto someone’s public status and perhaps on his virility.

In stipulating certain restrictions on facial hair, the Army, Navy and later, Air-Force, have made physical appearance a part of military discipline.

Since the mid-1850s the British Naval beard had to be full and accompanied by a joining moustache.

Within the Army, facial hair did not become common until the mid-19th century. It was both the cultural influences of the Asian and Indian wars, and the practicalities of the cold Crimean winter that allowed the beard to flourish on nineteenth century military cheeks.

The effect of the Crimean Army Beard was to spark a fashion for large bushy beards. It became patriotic and attractive to cultivate swathes of facial hair.

Beards remained fashionable in the second half of the nineteenth century. These beards suggested a vigorous masculinity controlled by the demands of polite society.  The beard should not be wild unless the owner specifically wished to exude wildness – poets and artists might choose it –  but the predominant beard style was one which reflected a domesticated virility. The Victorian paterfamilias frequently wore a beard, demonstrating his maturity, his maleness and the solemnity of his position at the head of the family.

The present day might find some 19th century beard styles eccentric. The Cardiganshire beard ran from ear to ear, and under the chin, leaving the front part of the face and moustache area clean-shaven.

Dundrearies were exaggerated sideburns which flowed down onto the shoulders. Mutton-chop whiskers involved growing a moustache which connected to luxurious sideburns but keeping the chin bare.

In the eighteenth and nineteenth century institutions such as prisons and workhouses often chose to shave men’s heads and beards. There might be several reasons for this :

Workhouse beards were sometimes allowed if kept “scrupulously clean and tidy”. This allowed a degree of self-expression and individuality to the inmate denied to the prisoner.

Criminals were not slow to recognise possible advantages of a beard. A beard could be a simple form of disguise, transforming and hiding a familiar face.

In a system which punished recidivists more heavily than first time offenders, a new identity was very helpful, and a new beard might convince the authorities you were someone different.

Charles Williams was a bearded felon who found himself in Carmarthen gaol in 1865 and had his likeness captured. But was he really Charles? When he had been in Carmarthen and Cardigan Gaols previously, he had been known as Owen Pritchard, and sported no beard.  He had also appeared, clean shaven, in Stafford Gaol calling himself William Davies.

Excessive facial hair might be a danger in workplaces where flying sparks, or whirring machinery were present but in others it might provide a layer of insulation, a protection from dust and dirt, or simply a way to save time and money on shaving.  Sea-farers found it expedient to keep their beards (using a cut-throat razor in a storm has clear disadvantages) and clergy often used beards to add to their gravitas.

What of the future beard?

In 21st century Britain, cultural diversity is far greater than ever before and beards are a part of the story, with a proliferation of beard styles influenced by culture, religion and fashion.

The beard seems set to stay with us, an outward manifestation of the person within, a statement to society at large. But some record of these beards must be retained in the Archives to let posterity know how we felt about the 21st century beard – how best should the profession capture today’s beards? You decide.