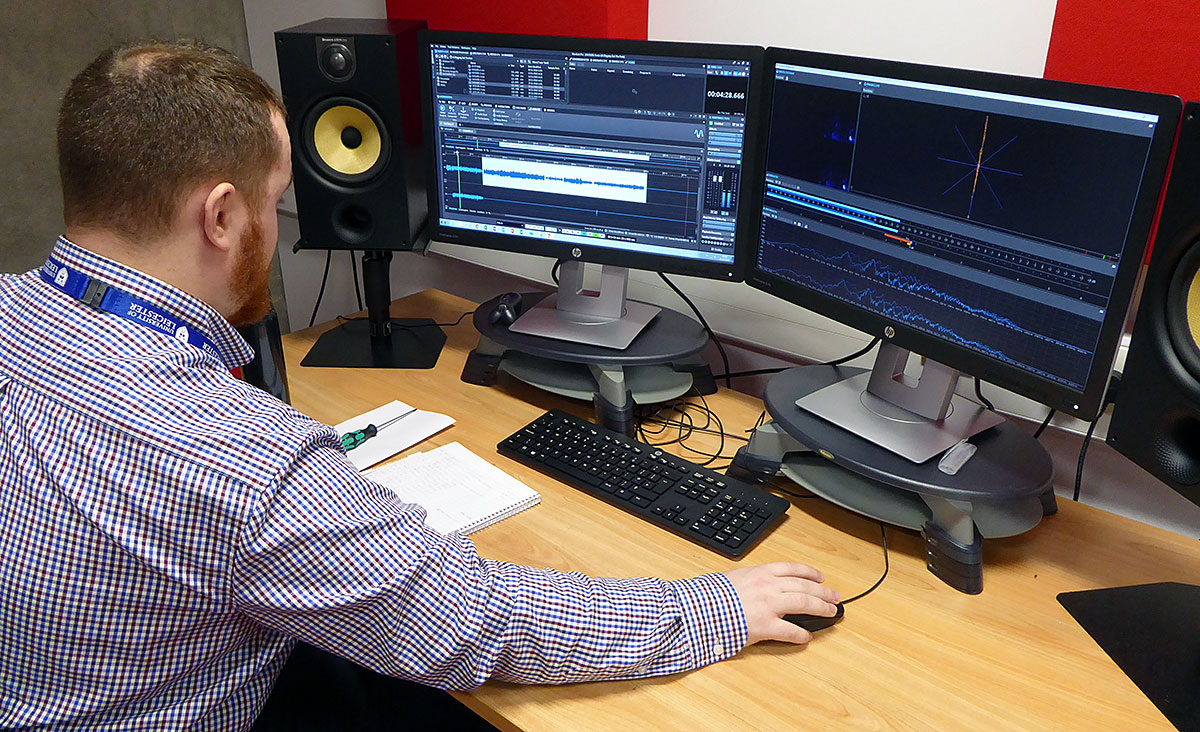 The project will unable us to safeguard and reach out further

The East Midlands Oral History Archive (EMOHA) has recently been awarded a grant from the National Lottery Heritage Fund that will enable us to catalogue our collections fully and migrate all our sound recordings into a new digital preservation system.

By the end of ‘Sounds for the Future’, the collections will be safer, more available, and more widely used, than at any point since EMOHA was founded 21 years ago.

As far as we know, the first oral history project in Leicester was started in the University of Leicester’s History Department in the mid-1970s. Ironically, these recordings have disappeared and no one knows what happened to them!

Setting up the Oral History Archive

At this point, the Centre for Urban History at the University of Leicester, in partnership with the Record Office for Leicester, Leicestershire & Rutland, put in a successful bid to the then Heritage Lottery Fund to create the EMOHA.

All the recordings mentioned above, and more, were digitised and catalogued, and they have been used for numerous projects, both academic and community, ever since. Over the years we have added more collections and now have around 130 from across the East Midlands. These vary from collections of 500 to individual recordings, and they cover a wide range of subjects.

We are now 40 years on from the start of the original Leicester Oral History Archive in 1982. Then, it was possible to record childhood memories of the end of the Boer War and the Diamond Jubilee of Queen Victoria, along with memories of Leicester as it was in the 1890s and early 20th century.

However, the more interesting material is the detailed memories of life since 1900 in both the City and the County. Subjects that would barely raise an eyebrow among the older generations, such as domestic service, the poverty of the 1920s and ‘30s, and outdoor toilets.

These now seem like exotic memories of another world to the younger generations.

In a local context, this is valuable material that can be used alongside other sources to create full and detailed accounts of the recent past. EMOHA also holds the archive recordings of BBC Radio Leicester, which started more than half a century ago in 1967, and gives us a rich account of Leicester since then.

When EMOHA started digitising the reel-to-reel tapes and cassettes from the 1980s and ‘90s, we copied them onto recordable CD-Rs.

Twenty years later these CDs are at as much risk as the original tapes. Unlike pre-recorded CDs, the design of CD-Rs means that they are susceptible to degradation in a number of ways and we consider ourselves fortunate that we have had a low failure rate so far (failure is mainly due to us having sometimes used small sticky labels that have, unfortunately, seeped adhesive into the CD-Rs and corrupted them).

Fortunately, we have kept the original tapes and can go back to them to create new copies.

Preservation is a major part of EMOHA’s work, but so is the use of oral histories.

Since 2001 we have created a number of online exhibitions, which you can see on our website, and populated our YouTube channel with a variety of oral histories and related material.

Examples on YouTube include an audio trail of central Leicester, a video of ‘Memories of the Korean War’ (over 30,000 views).

Our series called ‘Migration Stories’ looks at people who have migrated into the East Midlands from parts of the UK and abroad.

We also carry out a lot of training across the East Midlands.

The recordings on CD-Rs are not easily available for creating web material. The current project will bring these recordings off the shelves and onto a new digital preservation system. We will also catch up with our large cataloguing backlog.

This will enable all the recordings to be searched and cross referenced with other recordings. In doing this we will make the sound files more easily available for family historians, students, writers, artists, broadcasters and anyone else who is interested in listening and learning from the voices of the past.