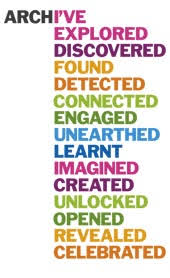 Have you heard about #ExploreYourArchive Day? Read on to find out all about it…

We introduced #ExploreYourArchive Day in March 2020 to provide a focus day for showcasing archive collections that are related to our monthly campaign themes.

When does #ExploreYourArchive Day take place?

#ExploreYourArchive Day takes place on the 10th of each month. (Keep an eye on Twitter for our reminders!)

Why did #ExploreYourArchive Day start?

We started #ExploreYourArchive Day because we understand that some people can’t commit to contributing to our campaign themes continuously throughout each month. Having one focus day also gives more visibility to the overall Explore Your Archive campaign – especially if we have lots of people taking part!

Who is #ExploreYourArchive Day for?

#ExploreYourArchive Day is for archivists, records managers, conservators, researchers, users and all other archive fans. Absolutely anyone who wants to take part is welcome to join in!

How can I join in with #ExploreYourArchive Day?

Don’t forget to check out the social media page on our website to keep up-to-date with everything that we’re doing!

Amongst the highlights on the sporting collections are a number of Ayresome Park football stadium plans by world-acclaimed stadium designer Archibald Leitch, recently digitised and currently on show as part of the Art of Ayresome online exhibition. Bringing together work from acclaimed architects, cartoonists, illustrators, painters, photographers and sculptors, Art of Ayresome features numerous historic items and explore the story of Ayresome Park in a creative, engaging and unique way.

Archibald Leitch, born in Glasgow in 1865, was the most famous architect and engineer of football stadiums in the early twentieth century and has been described as ‘the world’s first ever specialist designer of football grounds’.[1] ‘Engineering Archie’ was responsible for designing a number of Britain’s iconic football grounds including Arsenal’s former Highbury home, Glasgow Rangers’ Ibrox Stadium and Manchester United’s Old Trafford. In 1903, Leitch’s Glasgow practice was commissioned to design Boro’s new ‘Ayresome Park’ home as the club made plans to leave the Linthorpe Road Ground. Leitch’s designs for Ayresome Park that have survived and can be found in Teesside Archives form part of a wider collection of plans that chronicle the initial construction of the stadium in 1903 and subsequent enhancements and redevelopments over the decades.

The Art of Ayresome online exhibition, hosted on the Middlesbrough FC website, features Archibald’s Leitch’s original 1903 plans for Ayresome Park and are the oldest works in the exhibition. The plans provide the visitor with an architectural introduction to Ayresome Park and a detailed, unique perspective on Middlesbrough Football Club’s move to their new home at the beginning of the twentieth century. The plans allow the visitor to explore in minute detail – down to the very foundations – the place that became a central part of life for the club, town and hundreds of thousands of Teessiders.

The plan of the new Grand Stand, received by Middlesbrough Corporation’s Borough Engineer on 21st March 1903, details some of the key features of a typical Archibald Leitch Grand Stand that are evident in Ayresome’s standout feature. In his Engineering Archie, author Simon Inglis describes the new main stand as ‘straight from the pattern book of the firm with which Leitch often worked, the Clyde Structural Iron Company of Glasgow.’ Complete with its barrelled roof, arguably the most notable feature of the new stand was the iconic Leitch semi-circular roof gable, which many fans will remember was adorned for many years with an advertisement for McEwan’s 80/-.[2]

In their detail of the new facilities that formed part of the new ground, the Leitch plans give an indication of the investment and ambitions for the club that underpinned the construction of a new stadium. As Shaun Wilson notes in the ‘Ayresome Memories’ project, Leitch provided a ‘new ground in keeping with Boro’s growing stature.’[3] Costing a total of £11,857, the stadium was a vast improvement on the facilities at the club’s former Linthorpe Road home. The Athletic News reporter ‘Vulcan’described the new, modern facilities in detail ahead of the ground’s inaugural 1903/04 campaign:

The directors, with great faith and equal enterprise have fitted up their new ground at Ayresome Park in accordance with the most modern requirements. Altogether, well over £6,000 has been spent over the equipment of the enclosure, and £3,000 of this has been devoted to the erection of a new grand stand to seat 3,000 persons, from the designs of Mr. Archibald Leitch, of Glasgow. Underneath this there is a well-appointed gymnasium, a billiard room, offices for the secretary (Mr. J. Robson), a boardroom for the directors, baths and retiring rooms for the home and visiting teams, a referee’s room, and other useful accommodation…With the exception of the sixpenny end where it is terraced with earth ashes, there are stands practically all round the field, and the total accommodation provided is for 32,000, so that the North Yorkshiremen are ready for big business.[4]

The Leitch plan of the Grand Stand – initially disapproved by the local authority and subsequently tweaked – detail the features of this ‘big business’ outlook and the state-of-the-art accommodation of the pavilion in miniscule detail, including the specifications of the terraces to the location of urinals in the changing rooms.

A rare insight into the Linthorpe Road Ground

As well as affording an insight into the design of Boro’s attractive new stand, Leitch’s work in Art of Ayresome also provides a rare insight into the club’s old Linthorpe Road Ground, for which there are no known photos showing the inside of the stadium. The June 1903 plan of the old Linthorpe Road Grand Stand – which would become Ayresome’s early South Stand – provides detail absent from photographs of the stand in situ at Boro’s ‘new’ stadium. When compared with Leitch’s textbook Grand Stand creation, the old Linthorpe Road structure appears primitive and lacks the elegance and grace of the Glaswegian’s creation. Nevertheless, the old stand went on to serve the needs of Boro fans for over three decades until a new Dorman Long constructed stand replaced it in 1937.

By featuring Leitch’s plans in Art of Ayresome thousands of fans have been able to enjoy the designs for the first time and learn more about the architect and Boro’s history.

Entries in the Visitor Book and Feedback Questionnaire responses reflects positively on the exhibition’s historical components. One supporter commented that “some of the earlier stuff (i.e. before my time) was fascinating. Lovely half hour spent viewing these drawings”. Another visitor commented that it was “good to see original plans”. When asked if Art of Ayresome had helped respondents learn something new about the history of Ayresome Park or Middlesbrough FC, one answer pointed to the “original plans”, another revealed they had acquired new knowledge of the “Scottish designer of the stadium”, whilst another supporter described how “the artist sketches for the original ground were interesting.”

It is evident from the responses to Leitch’s plans and the initial early feedback on the Art of Ayresome that taking the Leitch material beyond the archives has been beneficial for the exhibition and visitors alike. As a rare architectural example of Boro’s early history, the plans have featured in press coverage of Art of Ayresome. As well as helping develop new knowledge, the exhibition has also evoked positive emotional responses to the Boro’s sporting heritage. During the challenging times posed by COVID-19, Leitch’s plans have played an important role in an ‘uplifting exhibition at a difficult time for many’ and it is hoped will continue to have a positive impact for visitors and engagement with Teesside Archives’ collections and the area’s football heritage.