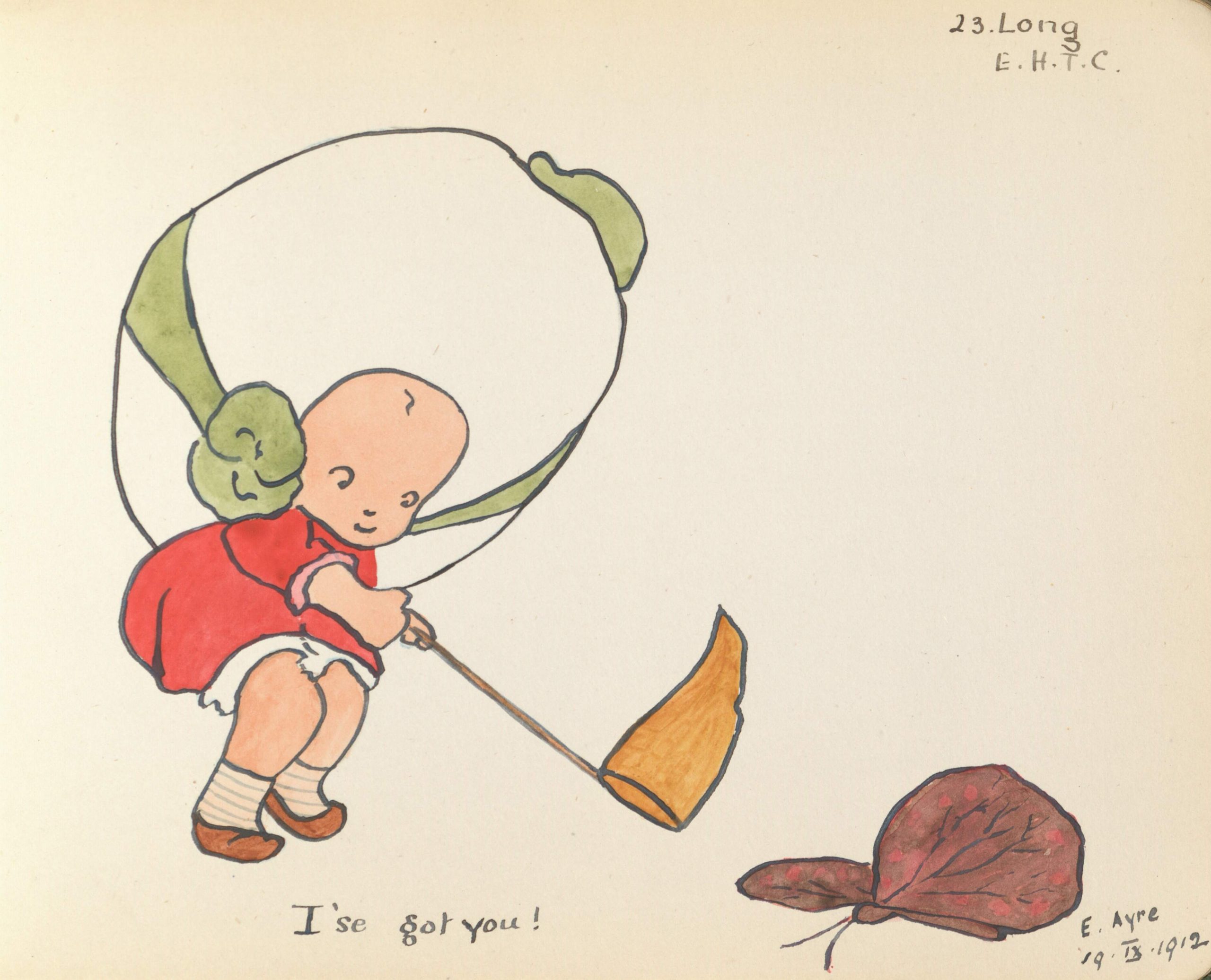 Edge Hill University archivist, Dan Copely, shares the wonderful illustrations of animals found within the pages of friendship books belonging to some of the College’s earliest students.

Among the records donated to us by former Edge Hill students are some wonderful autograph albums. Like many people in the 19th and 20th centuries, students would ask their friends to leave messages and contact details in their albums; often as a way of marking a significant moment in their life. In the case of the Edge Hill albums, students filled them in as they graduated from the institution.

“They are beautiful items and powerful records of the close relationships of many of our earliest students. For this reason, they have become known at Edge Hill as friendship books.”

A little context might be useful here. Edge Hill University was established in Liverpool as Edge Hill Training College in 1885. It was the country’s first non-denominational teacher training college for women. Rising student numbers and the poor condition of the College building led to a move to a new, purpose-built campus in Ormskirk, Lancashire, in 1933. In 1959, the first male students were admitted. The range of courses on offer then expanded beyond teaching until the College became the modern university it is today.

Friendship books and illustrations of animals

The friendship books we currently have are dated from the 1890s through to around the time of the First World War, and so, all of the contributors that were Edge Hill students are women. Alongside the contact details, the books include poems, cartoons, artworks, songs, pressed flowers and so on. The themes of the artworks are frequently similar across the books: travel, flowers and animals. For this blog, I’ve picked out just a few of the animal-themed illustrations.

It’s probably fair to say that most of the animal illustrations are comedic or cartoon-like. Yet sometimes, the authors used a more realistic style. Katie Hughes’ lovely drawing of swallows combines this realistic approach with a short poem.

It’s always hard to know whether the contributors took their poems and artworks from other sources, or if they are entirely original pieces in their own right. Occasionally, however – as any good student should – they do give their source!

One example of this is Madge Bell’s ‘The Unspeakable S’Cat’. Here she takes inspiration comes from artworks by Louis Wain (credited in the bottom left corner). Wain often seemed to paint cats with bagpipes and/or in kilts. Incidentally, he was recently the subject of a biopic, The Electrical Life of Louis Wain.

During this period many greeting cards and other products would incorporate cartoon images of children that can seem highly infantilised and overly cute to our tastes.

The friendship books often feature images of this nature and the illustration by Edith Ayre is an example that also includes an animal. In this case, a poor butterfly is being chased by a rather terrifying infant in the most ridiculously large bonnet I’ve ever seen!

It’s hardly surprising that another common theme is education. Some of the illustrations reflect the highs and lows of studying for a teaching qualification. While others make the occasional (very slightly) cheeky reference to Edge Hill staff members. The ‘Far From The Madding Crowd’ illustration by Rebecca Wilde is perhaps aligned with the idea of escaping the academic stresses of life at College. Although the dedication “with love and apologies” could point to something else, perhaps.

The illustration uses the title of Thomas Hardy’s novel, of course. So feel free to let me know if it actually just portrays a scene in the book where a mouse hides between some pillows!